DIABETES IS DANGEROUS AND THE OUTCOME DEVASTATING

Gary died on his 56th birthday. I appreciate all the emails that I have received from people that had a family member on dialysis. Such a heart breaking disease for the patient and the family.
I have received so much support and appreciated every email I have received. He passed away from a sudden heart attack on April 12th, 2010. He is so missed. 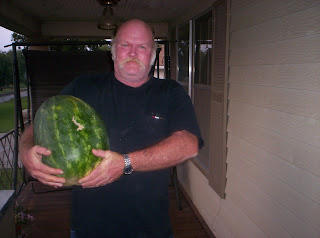 Gary was a sweet man. Always laughing and cutting up. He had type 2 diabetes it runs in his family. Grandmother, Aunts and Cousions but out of 5 children he was the only one to have it , go figure. He was a big eater and we always laughed at him because he loved watermelon. If He offered you a piece of watermelon he gave you half and he took half. He had a big appetite until he became so ill and could no longer eat enough to keep his body healthy.

Diabetes causes, blood clots, heart disease, kidney failure and anything else you can think of. Gary stopped working in Sept of 2008 with his kidneys failing and went on dialysis. A heart attack followed and he became so ill. On his 56th birthday he decided to go to the local garage to play dominoes with his friends and he never came home again. He died with a sudden heart attack. The events that followed were devastating. They tried there best to save him but it was not to be.
You cannot play around with diabetes. You always think that just one piece of pie or a small candy bar won't hurt. It does hurt, his Doctor explained it this way,when your sugar is high your blood is thick. Imagine your blood being like Karo syrup trying to pump through your heart and your brain. Every part of your body is affected by high sugar.
Taking care of your self is hard sometimes with so many things to entice us but its not worth it. Gary didn't look like the same man when he passed away. He could hardly put one foot in front of the other. He was hooked up to a dialysis machine every night for 10 hours and had to wear oxygen all the time. No fun for him and I know if he had a chance to redo all this he would take care of his diabetes. Its a sad sad disease that could be controlled by cutting carbs and the most important thing is to exercise in any way that you can.
Being a borderline diabetic I made sure that my sugar fell into line again and have it checked once a year. Don't let this stuff slip up on you.
Remember to sign up to be a organ donor.
God Bless you, Judy
Posted by judith at 7:23 PM 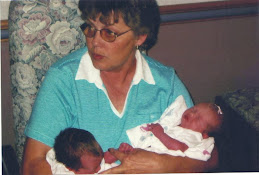 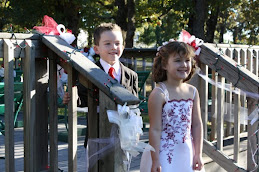 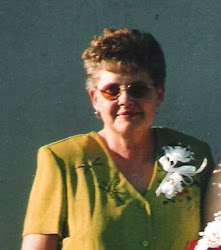 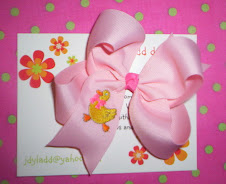 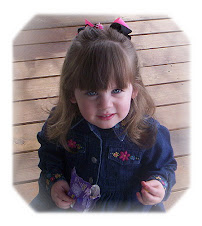 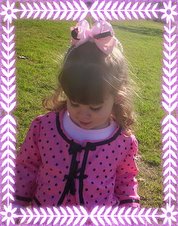 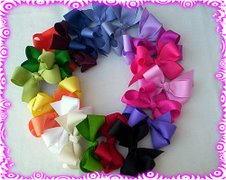 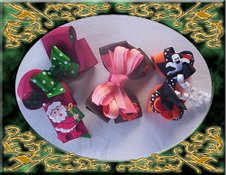 Can be sold in groups

The much sought after bottle cap bows 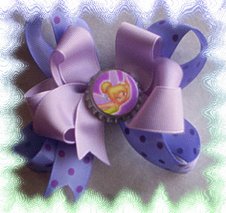 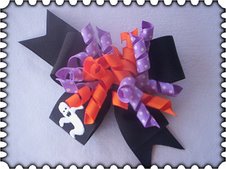 With Or With Out Bows Look Great 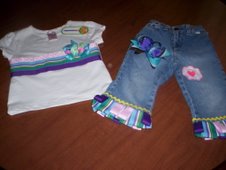 Making use of old jeans to perk them up. 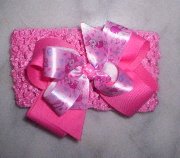 You can slid any bow into this headband 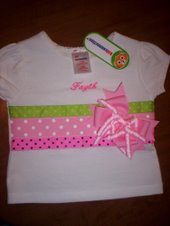 In your childs size, Custom order